Week two of summer camp is in the books!
I have run camps for more than nine years now, but what never ceases to amaze me is how each group of children brings a completely different energy with them. The atmosphere of the camps often change greatly from week to week. This week was a bunch of campers who were full of dark humor, and a love for storytelling – there was a lot of laughter and wordplay. They also steamed their way through projects and definitely kept me on my toes!

We were supremely lucky with the weather, so we started out on Monday by taking an outdoor stroll and learning to paint from observation with watercolors. We used pizza boxes for portable easels, and secured all their tools and materials down in them. The ease of carrying them did eventually override the initial disappointment of the campers when they discovered that they didn’t actually contain pizza. Noooo!
I can totally relate.

We learned about Color Field painting next and looked at relationships between color, shape, and value. The campers are an eclectic bunch with very different styles of working, so we looked at the work of a variety of artists including Alma Thomas, Kenneth Nolan, Mark Rothko, and Helen Frankenthaler. The students worked in acrylic paint on canvas and produced their own, very different responses to what they had learned.

Next, we explored the connection between color and the senses. This involved learning about Synesthesia, looking at Kandinsky’s work, drawing music (yes, drawing music), watching some Oscar Fischinger animation, putting smells in colored jars and guessing them, and making these guys…

For a change in tempo midweek, we slowed things down and did a day of calm and concentrated scientific illustration. The student was so still and quiet as the campers stared down their bugs. Look at these intricately drawn insects!

Following on from a conversation about Maria Sibylla Merian, and the fact that in the middle ages, bugs were considered to be creatures from hell (yes, really), we decided to do a little monster drawing. The campers really took to this. The project kept growing and ended up becoming a Field Journal of Monsters. We even painted the pages with plant inks and hand sewed them together. It was a labor of love.

On Friday, the kids finally started to get a little tired! We spent the day making pompoms (of course!), and the Starship Enterprise. We played at the park, had a final Apples to Apples contest, watched Paddington, built with Magnatiles, and CLEANED THE STUDIO!!!

I can’t wait to see what type of energy next week’s group brings with them. It is going to be the final week of this year’s camps! Find out about it in my next post! 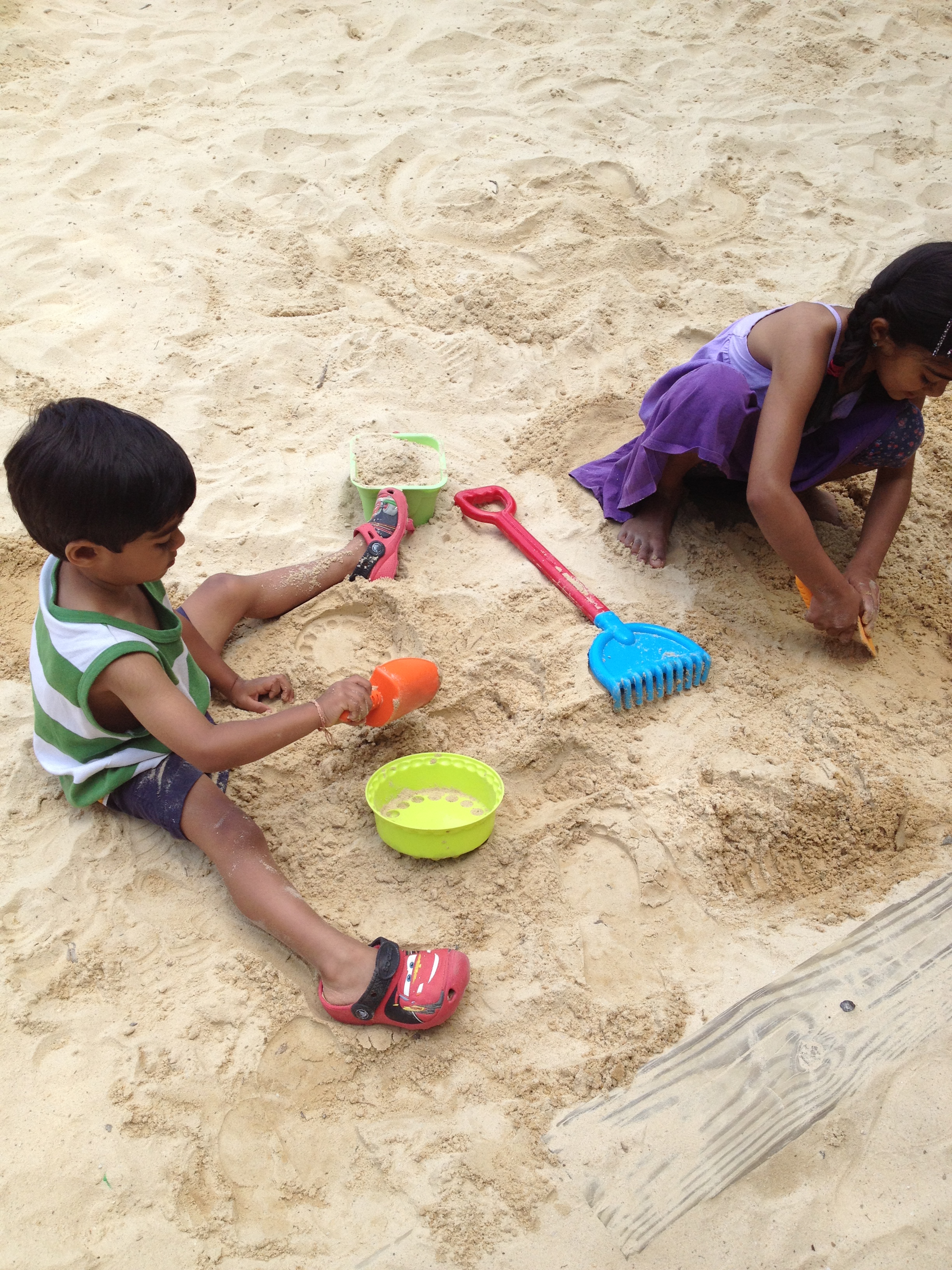